Create Custom Side Menus
Frodo's Ghost | The Ocean at the End of the Lane
11
post-template-default,single,single-post,postid-11,single-format-standard,eltd-core-1.0.1,ajax_fade,page_not_loaded,,borderland - frodosghost-child-ver-1.0.0,borderland-ver-1.2, vertical_menu_with_scroll,smooth_scroll,side_menu_slide_with_content,width_470,paspartu_enabled,paspartu_on_bottom_fixed,wpb-js-composer js-comp-ver-4.4.4,vc_responsive 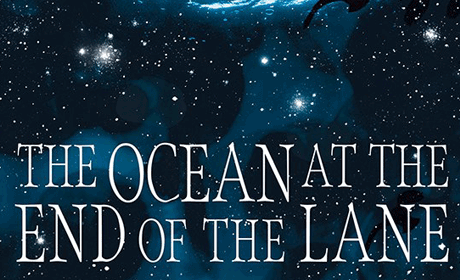 I walked into the bookstore, my heart was happy for finding a store that sold books. Our towns and cities are running out of them. It was not a massive bookstore, grown from the tall glass towers with hard men dressed in dark suits. It was a small store, hidden away in a small town, like a criminal hiding from the men looking under every rock; those who come to close down small bookshops because of digital distribution.

As always I walked in the shop waiting for a cover or spine to catch my eyes. I hardly go into a bookshop to find a particular book, I just let the isles and words guide me. I had asked recently in another store about Neil Gaiman’s new book, but that was not due to be released until the next week; somewhere though, hope held in my heart that it would be in here.

I thought about getting George Orwell’s 1984, again. But I didn’t want to be classed as a sell-out – buying popular fiction. Maybe I will just check to see if the new Neil Gaiman book is here… just in case.

Check fiction. Nothing for “Gaiman” under “G”. I thought, ‘Maybe in the fantasy section’. I looked quickly at the titles over each of the partitions. Crime. History. Non-Fiction. Fantasy. I walked to the section as if it was calling my name.

I knew since I heard the title that The Ocean at the End of the Lane would be a book that I would find and it would change me. I don’t know how I knew, I just did. I don’t know what I mean by writing that either, to “change me”, I just knew – beyond my thoughts and beyond in my feelings – that it would speak to me more than an Ian Fleming novel would (as an example).

I looked over the Iain Banks novels and felt sad. I looked past the Game of Thrones novels and past the Robert Jordan novels – that pepper the fantasy shelves. “G” is for “Gaiman“. There was a blue cover, with a boy in the ocean. The Ocean at the End of the Lane. It was there. I was so happy. I do now wish that they had the book in hardcover as well. But they didn’t, so I do not, but that doesn’t bother me now.

I thought I must finish it before the release date. I did. And it was everything that I had thought it would be.

Fiction can take you places. Good fiction never returns you to the same place where you started. It is always somewhere new; what you see may be the same, but how you see it will be different. The Ocean at the End of the Lane was this to me. It was freeing in all the ways that a book can be; the darkness of childhood that comes around your shoulders is now given a name.

Not knowing where to start, or where to end, I will say that this is the type of book that speaks from behind the shadows of things that should not be. It speaks in the light as your days unfold and it tells of the paths (hidden, that the children take) that you may have forgotten as the years pass by and you get older. It was to me a tale of childhood, and the mistakes I have made as an adult and yet, it gives me hope.

You can read reviews about the book on the internet. I would suggest you give it a try, it is brilliant.

[NOTE] The thumbail image was taken from a Google Image search. I hold no copyright to it at all.