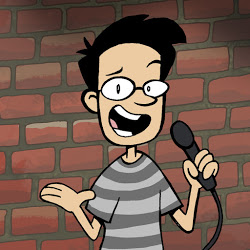 A Discussion with Ryan Estrada

You wrote a letter on Tumblr and I read it. Then I tweeted about it and I think my tweet was misunderstood (unless I misunderstood). My following tweets about it being hard work were in jest. After it all I wrote some words when I was not sure what I was saying.

I would say we are all artists, crafting something out of nothing. Anyone who takes a breath in this world has the ability to create, it is bestowed upon all humankind.

I am an aspiring writer. What I mean by that is I have not enough time, or am not making enough time, to be writing. I have my excuses, many of them are crafted and exist on a narrow precipice, but I hang on to every one of them.

To be successful with anything in life there is a hidden talent that very one has to develop. From the time we fall when starting to walk it begins to grow in us. Determination to finish what we start, the ability to tackle harder things in life than what we think we are capable of. To get up after we fall down. To move on even though we do not think it is finished.

I know people who blame “the world” for bad things happening. They walk around heads hanging low waiting for the inspiration to come and wing them away to far off lands or freedom where the bad things will no longer be.

Anyone who has become something will tell you it is the undefinable that creates the impossible and crafts the very work of our hands. It is work and it is hard but it will become something if you get up off the floor after being knocked down.

In the end, failure is not that people don’t like what you do, it is that you didn’t keep doing what you wanted to be doing.

And in saying that, I am agreeing with what you said. And hopefully not un-saying what I wrote.